We are pleased to welcome the brilliant, contemporary violinist Miranda Cuckson to the Colbert Roster.

Employing a tremendous knowledge of the classical canon and a native fluency with music of the 21st century, Miranda Cuckson is a compelling advocate of a broad range of repertoire, particularly noted for her ability to illuminate new works with musicality that engages listeners of all stripes.

Georg Friedrich Haas wrote (and dedicated) his new violin concerto for her, which she premiered at the Suntory Festival with Ilan Volkov and the Tokyo Symphony Orchestra in September 2017. In July she returns to the work, offering the European premiere with Sylvain Cambreling and the Staatsorchester Stuttgart, and in December with the Orchestra of the Casa da Musica in Porto with Baldur Brönnimann.

Cuckson explains:
“I was enthralled with his music from the start, its great specificity and nuance but also its very direct communicative impact. His melodic/harmonic language – his use of micro-tonality – awakened my ears and imagination to these small intervals and their new dimensions of meaning, the astonishing richness of expression conveyed in distances between notes. I was excited by its profoundly moving impact and the deep psychological and emotional sources that he connects to with his music.”
Read an interview with Miranda Cuckson on GF Haas’s Second Violin Concerto 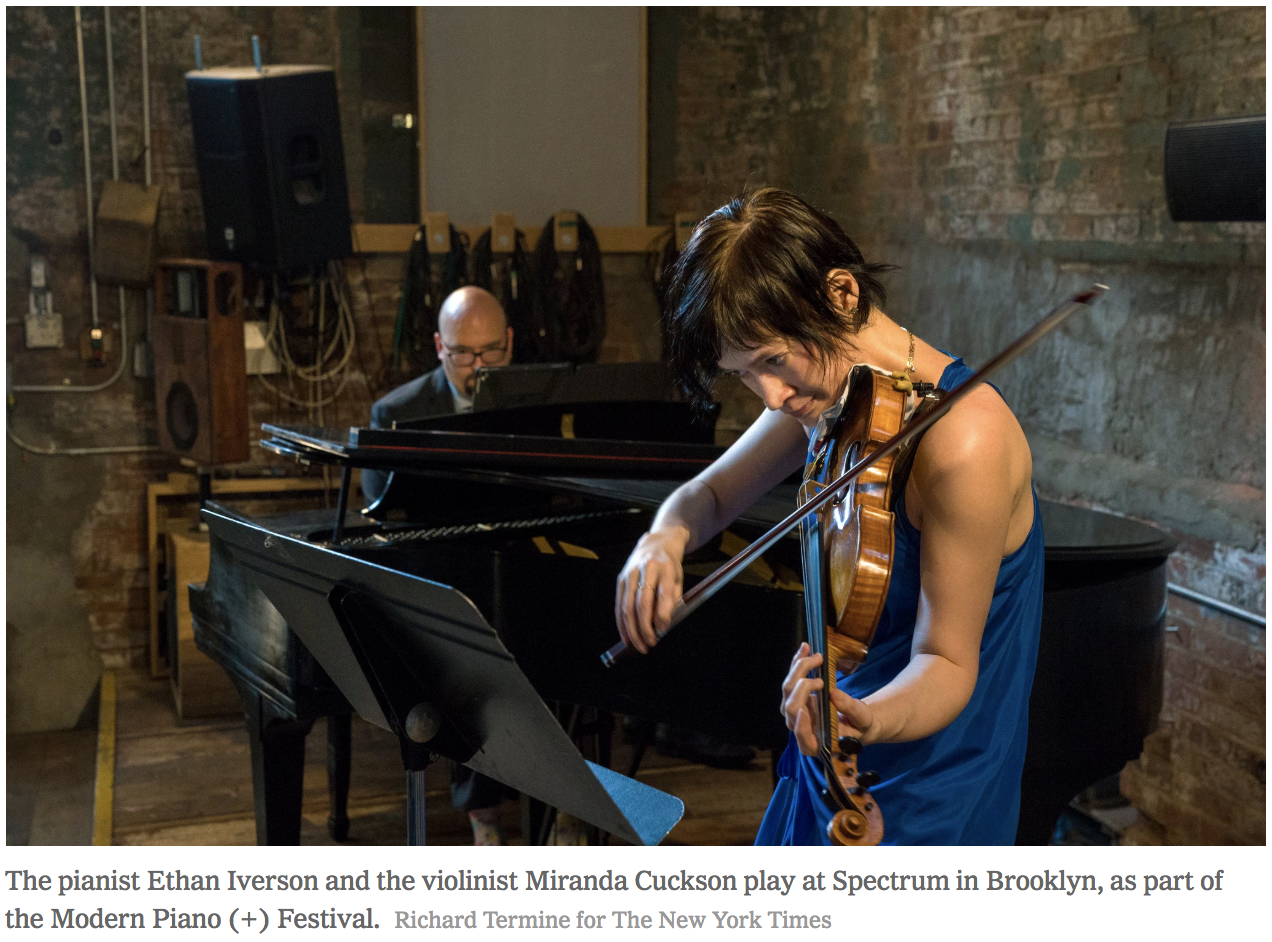 “On Sunday evening, the violinist Miranda Cuckson, a champion of new music, and the pianist Ethan Iverson, also a composer and best known for his acclaimed work in jazz, played an engrossing program of duos and solos, as part of Spectrum’s Modern Piano (+) Festival, running through Sunday.”

“Ms. Cuckson, who seeks out works that experiment with innovative sound possibilities on the violin and require intensely physical approaches to technique, began her solo set Donald Martino’s daunting “Romanza” (2002). This restless, fantastical music shifts from bursts of fidgety runs to fleeting passages of searching lyricism.”

Miranda Cuckson harnesses the physicality and unique technicalities of her repertoire to “go organically with what the music needs” making her, as Downbeat Magazine notes, “one of the most sensitive and electric interpreters of new music.”